All players from any league are more than welcome to join us in the open events. The National Championship Invitational, however, is open only to affiliate poker leagues and eligible players.

Our top players are invited to play against top players in the other Bar Poker Open Affiliate leagues, in one of the National Championship events:

How to Win a Direct BPO Seat

Play in a sanctioned bar and place in the top three. Your TD will then get your name and email address so you can receive an invite to play in the online tournament, where one in twenty (at least the top ten) will win a seat to their choice* of the next two Bar Poker Open Championships!

And, the first place finisher every weekend will win a $700 travel package for the Las Vegas event, including $400 for airfare and four nights hotel stay!

The online tournaments are held each Sunday morning at 11:00 am Eastern time.

Play in one of our nightly, local BPO-sanctioned events. Finish in the top 3, and you win a token!

Use your token to play in one of the weekly online freerolls on barpokeropen.com. The top 5% (one in 20!) win a seat at the next Bar Poker Open National Championship!

And, the winner of the online freeroll every week wins, in addition to the seat, a travel package valued at $700, which includes a four-night hotel stay and up to $400 for airfare!

Winning a BPO Seat Through Kontenders

From time to time, Kontenders Poker has special promotions or special events in which a BPO seat is awarded. Stay tuned to this website, your region's Facebook group, and announcements by your TD's for information about these opportunities.

Some seats awarded directly by KOntenders Poker are obtained from Bar Poker Open under various promotions, and are actually subject to the same restrictions and limitations as if the seat had been won directly from BPO in one of the BPO online events.

If you do win a seat through Kontenders, aside from those mentioned in red above, be aware of the following:

(1) Seat is good for 12 months -- generally this gives you two National Championships to choose from
(2) If you choose Vegas, with a larger prize pool, you will need to pay the small difference in buy-ins between the AC and Vegas events (currently that amount is $55).
(3) To redeem your seat and play at your selected BPO event, you must inform the league (Tom) of your intentions a few weeks in advance of the event. For Vegas 2020 no later than May 1st via email at kontenderspoker@gmail.com
(4) Seat can be cashed out for 75% of face value only if stated in prizes.
(5) Seat can be transferred to another player for a $25 transfer fee. PLEASE NOTE this only applies to seats won through a Kontenders event, not seats won by playing any BarPokerOpen.com online event. 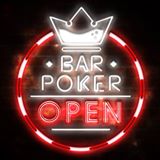