Is This a Call or a Raise? 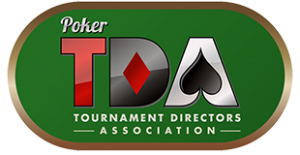 Following is a scenario that occurred recently.

Blinds were 300/600. A player raised to 1800. Another player didn’t hear or see the raise, and said “raise to 2,000” while putting 2,000 chips in the pot. I didn’t want to get bogged down in a lengthy discussion at the time, because I knew that the rules would not provide a clear answer.

But I would like to address it here. Players wanted to know what the rules are, and should know.

The difficulty is that there are a few rules that are relevant.

First, in the absence of a verbal declaration, the 2000 chips would be a call. (If 2400 chips were silently put in the pot, the player would be required to raise to 3000, which is a min raise in this situation, because 2400 is half of a min raise.)

So which is it?

In a casino, the dealer or floor person/TDA would have to make the judgment call one way or the other. In our bar poker games, this is a difficult situation because we do not have professionally trained staff, so we just try to keep things as fair and friendly as possible.

I posed this question to Matt Savage, who is Executive Tour Director of World Poker Tour, and Founder of the Poker Tournament Director’s Association. His response was that he would “lean call” two times out of three. So clearly this is not a cut-and-dried situation.

Here is his response:

Side note: This is one of the reasons that all players should take care to follow the action at the table and know when it is their turn and what bet they are facing. This is the only way to avoid this type of difficult situation and the delay of the game that ensues while it gets straightened out. This is not meant to scold anyone, as we have all missed things at the table, especially in noisy venues where there is not a professional dealer announcing the action. Just a reminder to everyone.