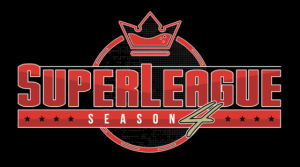 Over 400 players from around the country qualified for this tournament, by finishing in the top 10% of their local bar poker leagues during the Super League season. 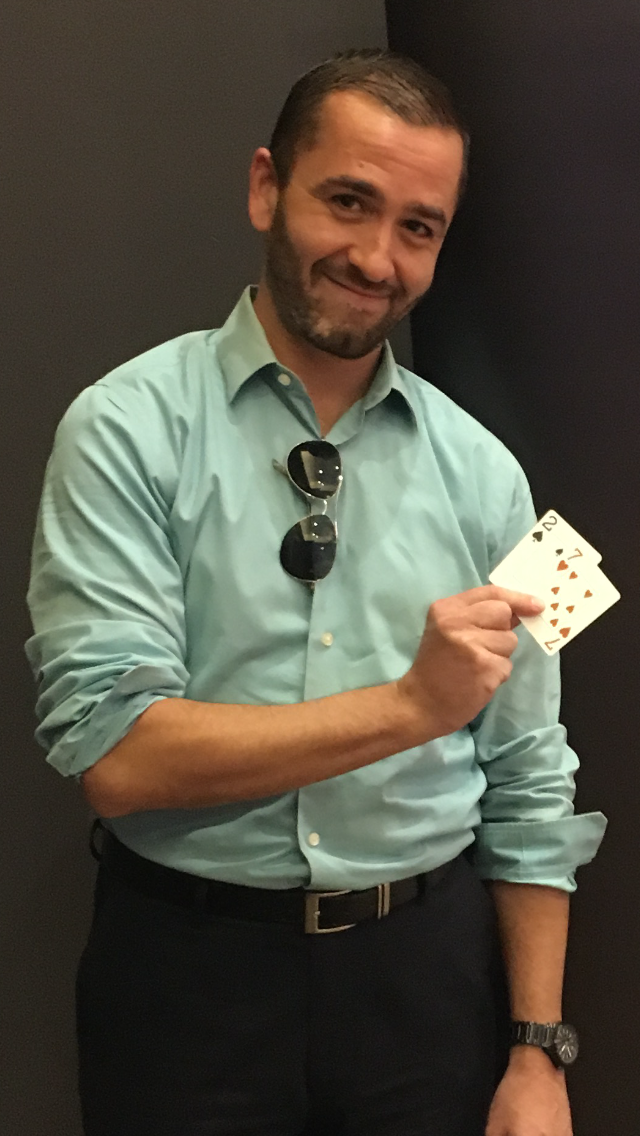 Justin's secret to success in the Super League Championship?

"Sometimes its a simple formula, and this was no different: I ran good, played well, and won flips."

Justin has been playing poker for about 15 years, inspired by the "Rounders" effect and the Moneymaker boom. In that time, he has had some small wins in Atlantic City, both in cash games and tournaments, but his most memorable experience was cashing in a Borgata Winter Poker Open event.

For about the past year, Justin has enjoyed playing Kontenders Poker in local bars. Now that he has won a seat and a travel package, he is primed to make a run at a Bar Poker Open championship.

"Sometimes the cards come your way, and sometimes you have to get a couple through." =)
- Justin Tinel 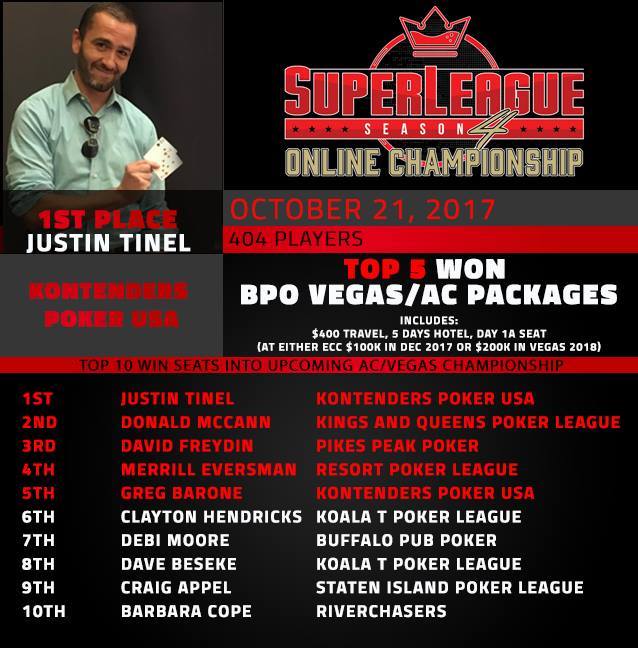 To learn more about the Bar Poker Open, and how YOU can win a travel package and join many of our Kontenders players at these awesome events, visit our BPO page.