Players in Online Games “Sitting Out” For a Long Time

May 5, 2020 | Rule Reminders and Clarifications

We have had a few questions about what should happen in our online games when a player is in “Sitting out” mode for an extended period of time.

First, we just need to state that there is no standard poker rule mandating that stacks should be forfeited after some period of inactivity. Live tournaments in casinos almost never remove stacks from the table. Online tournaments never do.

That said, we do have a league rule (for our live games) that if a player misses an entire blind level, their stack will be removed from the table and they will not be able to re-enter the game.

So, why do we treat online differently with respect to long absences? Two very good reasons:

Even so, let’s explore this a little bit, to help you think about it in a way that doesn’t put you on tilt. 😉 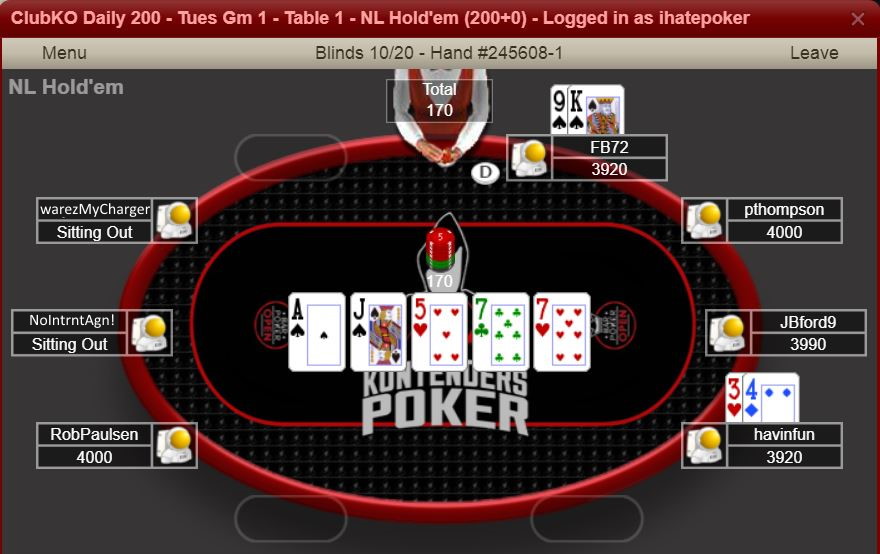 If you have a big stack, and

…you would likely want to get back into the game as soon as your situation has been resolved.

You would not be happy if you were unable to play, through no fault of your own, and when you got back to the game, you found that your stack had been removed from the table.

Online poker is frustrating enough, for people who are accustomed to playing live, and we don’t want to create any unnecessary additional obstacles to our players being able to participate.

How do those idle stacks affect the rest of the players?

The effect of idle stacks on the game is minimal, but is more positive than negative.

If there were two tables in a tournament, and the TD was putting extra chips in the pot for one table but not the other, you would want to be at the table with the free pot-sweeteners, right?

That’s exactly what an idle stack is doing.

What about delaying the game?

The first hand that a player is absent, they will be allotted the usual turn clock plus time bank. If they do not return after that, every hand they are dealt is immediately folded, taking no time off the clock at all.

But don’t players who are sitting out have some unfair advantage?

Clearly, they do not. Chips are constantly coming out of their stack, and they are not there to defend those chips. Their stack is steadily depleted.

If you think it is an advantage to be absent from the table, you are welcome to fold every hand without even looking at it, or just log off and see what kind of results you get. 🙂

So, the bottom line is that, in our online games, we do what every online poker site and nearly every casino does, with respect to absentee players. The stack absent players have earned is not forfeited. If they won enough chips to “fold into the money,” they will be awarded the prize that they earned by virtue of the size of their stack.